A BRIEF HISTORY of the DEPARTMENT of ENGLISH

The Department of English has remained an integral part of the academic structure of Mankar College right from its inception on 26th September 1987. It was one of the first six subjects to be granted affiliation.

The beginning was very modest. In the session 1987-88, only three students opted for English as a combination subject under the Two Year BA Pass Course. Permanent teachers were yet to be appointed. Teachers from Mankar Boys’ High School kindly rendered voluntary service and the process of teaching and learning was initiated.

Today Associate Professor Sen is in-charge of a department consisting of a group of young energetic intelligent men and women who are themselves serious students, active researchers and dedicated teachers. The two Assistant Professors, one Part Time teacher and three guest teachers form a close-knit unit which will be considered an asset anywhere.

The mission of the department has always been to overcome the phobia regarding English among the students of this predominantly under privileged rural area, make them love the subject and guide them into the world of Higher Education.

In the early years, the number of students admitted in the department had always been very poor. Being a rural college with pathetic means of communication, mostly the students who could not be admitted in a college of their choice ended up here. The students were helped and encouraged in every possible way, but no compromise was made with quality while judging them. The performance of the students has always remained quite satisfactory. Now after the passage of three decades the situation has definitely improved, the college has established itself as an institution noted for teaching and learning and has become the first choice of students from a wide area.

Honours course of studies in English was introduced from the session 1998-99, nineteen students were admitted, of them six students appeared in the 3 year BA Part II Honours Examination in 2001 and all of them came out successful in the final examination.The approved intake of students to be admitted is 67 today and the current demand ration is 1:5.

The introduction of the Semester System has been accepted as a challenge and the benefits of the system have been extended to the students.

In addition to the conventional method of teaching, the department makes use of the audio-visual method and by virtue of the enthusiasm of its young members has stepped into the domain of online teaching to reach the students even when the classrooms are not available.

The teachers enjoy a very intimate relationship with students and always guide them inside and outside the classrooms. Consequently the students perform with credit in cultural programmes, seminars and other events. The department has also reasons to be proud of the academic performance of its students.

After graduating from the college a majority of the students continue in the field of education, pursuing Post Graduation or professional course of studies. Most of the graduated students are successfully established in life.

The department of English Mankar College is happy to exist for its students. 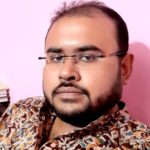 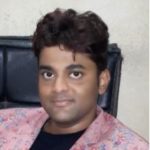 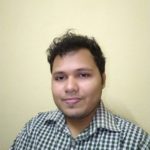 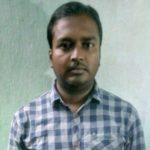 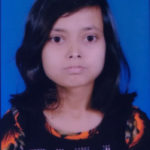